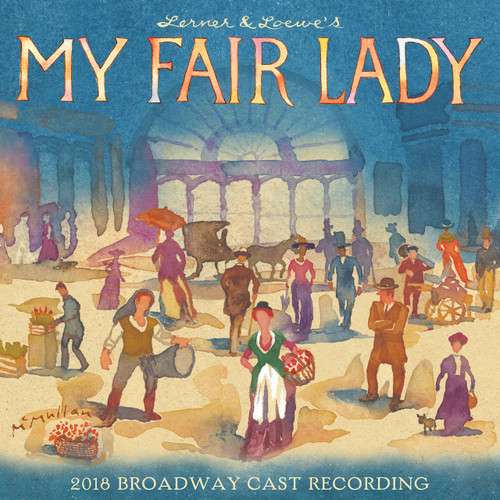 Boasting a score that contains such now-classic songs as “I Could Have Danced All Night,” “Get Me to the Church on Time,” “Wouldn’t It Be Loverly,” “On the Street Where You Live,” “The Rain in Spain,” and “I’ve Grown Accustomed to Her Face,” MY FAIR LADY was hailed by The New York Times as “one of the best musicals of the century."

Track listing: Overture * Why Can't the English? * Wouldn't It Be Loverly? * With a Little Bit of Luck * I'm an Ordinary Man * Just You Wait * The Rain in Spain * I Could Have Danced All Night * Ascot Gavotte * On the Street Where You Live * The Embassy Waltz * You Did It * Show Me * The Flower Market * Get Me to the Church on Time * A Hymn to Him * Without You * I've Grown Accustomed to Her Face * Finale

**Please Note** Only two (2) CDs are left in stock and they have a crack in their case. Wrapping is intact, as is the CD, the only issue is the cracked case. Selling these "as is."