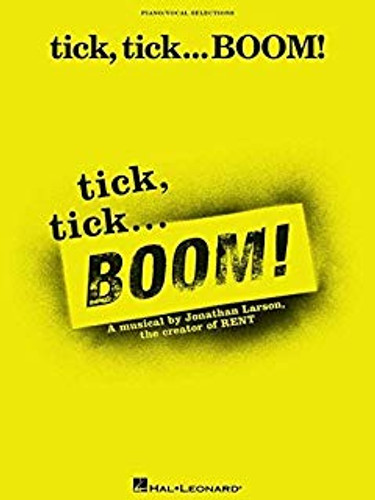 Before the revolutionary rock musical Rent, Jonathan Larson had another story to tell... his own. tick, tick ... BOOM is a three-chapter pop rock musical about facing crossroads in life and holding on to your dreams that was first produced off Broadway in 2001. It tells the story of young Jonathan, a promising young composer on the eve of his 30th birthday. His girlfriend wants to get married and move out of the city (tick); his best friend is making big bucks on Madison Avenue (tick); and he's still waiting tables and trying to write the great American musical before time, and life, passes him by (BOOM ). Paperback.