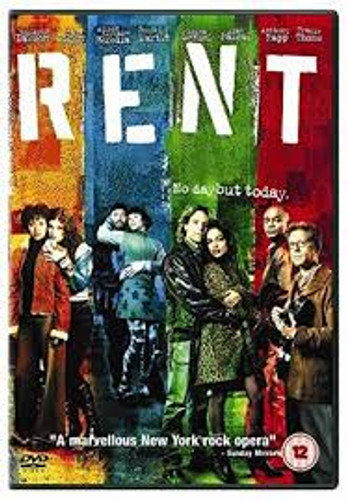 In New York's East Village, a group of bohemians struggle to express themselves through their art and strive for success and acceptance while enduring the obstacles of poverty, illness, and the AIDS epidemic. Roger is an aspiring songwriter who has emotionally shut down after his girlfriend's suicide. Despite his attraction, he is reluctant to start a new romance with his downstairs neighbor Mimi Marquez, an exotic dancer struggling with baggage of her own. Roger's roommate Mark is a filmmaker trying to balance art and commerce. His girlfriend Maureen, a self-indulgent performance artist, recently left him for a lawyer named Joanne. Also part of this close-knit circle is Tom Collins, a professor of philosophy who, after being mugged, is rescued by his soul mate, a high-spirited street drummer, Angel Shunard. Benny, who alienated his friends after he married their landlord's daughter, has reneged on his promise to provide rent-free artist space to his bohemian friends. Once a close friend, he is now viewed as the enemy, threatening them with eviction. Starring Rosario Dawson, Adam Pascal, Anthony Rapp, Taye Diggs, Wilson Heredia, Jesse Martin, Tracie Thoms, and Idina Menzel. Songs include “Rent,” “Seasons of Love,” “Another Day,” “Out Tonight,” and “I’ll Cover You.”