The Phantom of the Opera DVD 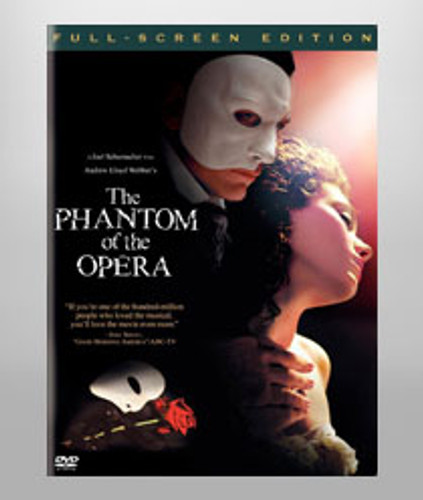 The Phantom of the Opera DVD

A mysterious masked figure roams around the underground chambers of the Opera Populaire, a 19th century Parisian opera house. He tutors a young singer who rises quickly to stardom. The masked figure begins to harbor romantic feelings for his pupil, but his hopes are dashed when the singer’s childhood boyfriend arrives in Paris. Starring Gerard Butler, Emmy Rossum, and Patrick Wilson. Songs include: “The Music of the Night,” “All I Ask of You,” “Think of Me,” “Wishing You Were Somehow Here Again,” and more.